If you are a coffee lover, you must have been to Starbucks at least once in your life. To your surprise, you might have also witnessed a confusing range of cup sizes in this popular coffee house. Don’t worry; we have got your back!

Here is everything you need to know regarding the coffee cup sizes at Starbucks, including the details of espresso shots for each cup size. We will also answer some of your burning questions regarding your orders in Starbucks.

History of the Tall, Venti, And Grande Titles:

We all have wondered why the Starbucks coffee cups are called tall, venti, and grande instead of having the usual small, large, and medium titles. It all dates back to 1983 when the former CEO of Starbucks Howard Schultz went on a trip to Italy. The Italian trip inspired him to romanticize the aesthetics of coffee bars.

From there he started designing and redefining everything as he wanted people to feel Starbucks more than a regular coffeehouse. And so as everything was designed around the romantic aesthetics of Italian coffee bars, Howard decided to give the cup sizes their new “distinctive” titles such as macchiatos, latte, and grande.

Later, Schultz expanded II Giornale into Starbucks and in the 90s “Venti size” was added to introduce the new short in the menu and to officially dethrone the old “not-so-romantic short” cup size.

The title Demi is taken from the French word “Demitasse,” meaning “half cup.” Demi is the official baby cup of Starbucks, with just a three-ounce size for espresso shots. It might seem tiny for coffeeholic folks.

This cup was trendy in its initial years, with the eight-ounce size it used to be a top on the Starbucks Regular menu. However, it was later diminished as the coffeehouse grew in popularity and size. But you can still spot this cup in multiple Starbucks franchises for hot drinks.

The tall cup is the smallest coffee size on Starbucks’ regular menu which comes with 12 ounces. Espresso beverages such as lattes, mochas, and macchiato under the category of tall come with a single shot of espresso.

A regular tall is equal to two cups of a standard six-ounce coffee. This cup size technically has the same amount of caffeine as the short one, except with more milk or other non-caffeinated additions.

Grande comes with 16 ounces of fluid of your ordered beverage. It has two espresso shots equal to two and a half cups of coffee. The grande category is not recommended for people that don’t prefer drinking a lot of coffee.

The amount of beverage is the same, but the company offers room for ice in the cold venti. The cold variant comes with three shots of espresso, and the hot variant has two shots of espresso. However, customers can ask for a third shot.

Trenta in Italian means 30, which signifies that it contains 31 ounces of fluid and it is available only in specific “iced beverages.” You can order a Trenta for iced coffees or cold brews.

This cup is equal to three or four cups of coffee. And it can further increase depending on the amount of ice you ask. Trenta is similar to Venti Cold, with a lot more space for ice.

Shots of Espresso in Each Coffee Cup:

To solve your confusion, we have listed all the details regarding espresso shots in each coffee cup you order from Starbucks. The number of shots in each of the cup sizes can vary according to requests you make to the baristas.

The cold and hot beverages also have different amounts due to the space for ice and options like milk or without milk.

The Demi cup is used only for espresso shots and not for any additions. It is perfect for those who love to have single or double shots of espresso and has 2 to 3oz of fluid.

It only includes drinks with milk, such as short lattes and cappuccinos with one shot of espresso. However, a short americano (water excluded) also comes under this category with its single espresso shot and 8. oz of fluid.

Grande drinks have two shots of espresso. However, if you are ordering an Americano or shaken espresso, you can easily request an extra third shot. The cup contains 16. oz of fluid.

You might be assuming that a Venti contains different amounts of espresso. However, a Venti holds the same amount of espresso as a regular grande, which is two shots in general.

It does come with an extra volume of milk and syrup. On the other hand, the Venti Americano has four shots of espresso. It has 20. oz of fluid.

As we mentioned earlier, the venti cold is slightly larger due to having the capacity to hold ice for cold drinks. It has three shots for milky beverages and an extra one for a shaken espresso drink. It also contains 20. oz of fluid.

What is the largest cup size available in Starbucks:

The biggest cup size available in Starbucks is Trenta, which has 31. oz of fluid capacity. It is available for specific cold drinks or iced beverages. It has five shots of espresso and is available at all Starbucks franchises.

Mistakes to Avoid While Ordering Your Drink At Starbucks:

The secret to a perfect order is avoiding all the mistakes you can make if you are not a regular at Starbucks. However, we have listed some of the major mistakes that most people make so that you can avoid them and order your next beverage like a pro.

Here are our top picks for the Mistakes you should avoid while ordering at Starbucks;

Expecting to Order a Drink from the “Secret Menu”:

Sorry to break this news to you, but there is no such thing as a “Secret Menu” at Starbucks. As we live in the age of technology and social media, many influencers have recipes they request baristas make.

All the secret menu recipes are “customer-created” and don’t exist. If you want something special, request the barista and give them complete instructions.

Not Knowing How Customization Work For Your Drinks:

It is technically a disaster if you don’t know what goes in your drink when you order it or how customization can affect your drink’s taste. This is especially important for people who love to customize their drinks and don’t know if it can affect the flavor.

You should ask the baristas about the complete customization and what you will get out of it.

Many people avoid this thing and wonder what’s wrong with their orders. If you want to order like a pro, try to understand how combinations work, such as milk substitutes, a thorough understanding of caramel macchiatos, or extra foam lattes.

Not Communicating with Your Barista:

Many people do not properly communicate their orders to the baristas and complain when the order turns out to be a mess. The only thing that can help you in getting a perfect drink is communication with your barista.

Baristas can help you a lot in terms of choosing combinations, flavors, and drinks, and they can also advise you better regarding a particular drink.

They can also fix your orders until you are satisfied. Be patient while ordering and communicate well with your barista. Ask them questions regarding ingredients, flavors, specialty concoctions, and customizations.

Attaching Yourself to Seasonal Drinks:

It is no surprise that the Starbucks menu changes every now and then and with this change new drinks come and go.

Seasonal drinks change and often people attach themselves to such seasonal drinks too much and then complain to baristas about getting those drinks in a specific season and not regularly. It upsets the company as well to see customers demanding the same item after it no longer exists on the menu.

Not Fully Gripping The Cup Sizes:

Do we have to explain this one? A large number of people do not know the complete sizes of coffee cups and how much fluid they hold.

Not Double Checking Your Order:

We highly suggest once you have placed your order, try to double-check it and avoid any misunderstandings. This step is essential in situations when you are ordering from a drive-thru that does not have an order screen.

Not Checking the Location of Your Order Properly:

It might sound weird but many people don’t check the locations of their orders and get mad at baristas when they are told that they don’t have their orders. How can baristas have your orders if you have sent those to the wrong locations?

However, you can always avoid this situation by properly checking the location from your mobile phone and also having the receipt so in case of any mishappenings the baristas can make you your drink.

Best Drinks to Order like a Regular at Starbucks in 2022:

As the year is about to end, here are our top picks for the best drinks to order in 2022 like a pro. All these drinks are available at most of the Starbucks franchises with customization options.

Biscotti Frappuccino: For this one, simply order a Vanilla Bean Crème Frappuccino and request your barista to blend a biscotti into the Frappuccino.

Cap’n Crunch Frappuccino: Simply ask for a Strawberries & Crème Frappuccino, and add 1 pump each of caramel syrup, hazelnut syrup, and toffee-nut syrup. and lastly, add java chips to the drink.

Harry Potter–Inspired Butterbeer Frappuccino: Ask for a Vanilla Bean Crème Frappuccino, adding 3 pumps each of toffee-nut syrup and caramel syrup. Lastly, top it all with whipped cream and a caramel drizzle.

We hope this blog post helped you understand the coffee cup sizes and how you can order your next best drink from Starbucks. Now that you finally know all the hidden gems that can make your next order a perfect catch for you, you must hit your nearest Starbucks and order your favorites sooner rather than later. 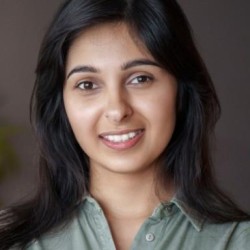 I'm Aleena but most people know me as DeesCoffee. I completed my bachelor's degree in Fashion & Textile from Gift University. Personally, I'm a coffee lover who likes to have at least two times a day. Now I've DeesCoffee, here I explore different questions about brewing a perfect cup.